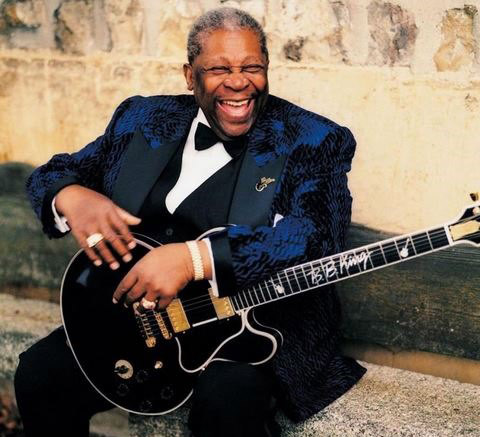 I first saw BB King in 1969, at The Royal Albert Hall in London.

There was this party for Release – the organisation set up by Caroline Coon and pals to assist in the legal defence of people who were getting busted – and suddenly Sgt Pilcher and his drug squad were pouring in, the smell of hash suddenly overtaken by the smell of bad vibes.

“Where’s George? Where’s Eric?” Pilcher wanted to know. Pilcher was told that George Harrison and Eric Clapton had left. “They’re gone, mate”. On hearing that his pop star targets were no longer present and now there were no big names to fry, Pilcher and his forces withdrew immediately and everyone started skinning up again.

George and Eric had gone to The Albert Hall, to worship at the alter of BB King. Seemed like a good idea. At the backstage door a bunch of guys were trying to scam their way in, telling the aged fellow guarding the door in his uniform that they were in a band too and loved the blues, they simply had to get in.

The stage doormen in those days seemed like relics from the Boer War, doddery old codgers, mostly sweet but not much of an idea about this rock’n’roll thing. Better at handling opera punters.

“Excuse me, would you be kind enough to show me to the dressing-room?” you say authoritatively to the old geezer, waving your briefcase at him. “Oh certainly sir” says he, not a clue as to who you are or who you aren’t, ushering you in past the Fleetwood Mac chaps still trying to get in.

And BB King was amazing.

BB King ‘Live At The Regal’ in 1965 opened the door for me. I loved the rougher guys – Muddy, Howlin’ Wolf – but B has this sensual caress to his guitar-playing like no-one else. He flew and even when he cried the tears of his music elevated you and washed away the pain. And what a singer – listen to BB and Bobby Bland together on ‘The Thrill Is Gone’…

BB is gone now too. I am blessed to have seen BB in many different settings, from riding the monster with U2 and their ‘When Love Comes To Town’ to following him around Mississippi for four days as he tithed the money from the four gigs to the Medgar Evers Foundation, something he did every year, The King Of The Blues BB King playing what was left of the down-home chitlin’ circuit where the sheriff on the horse was black. 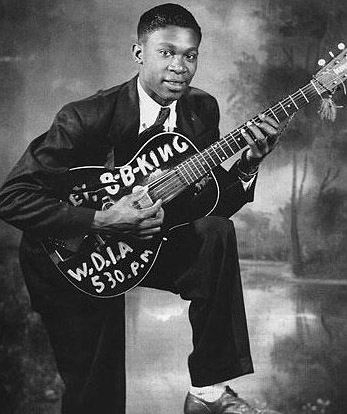 In Memory Of Ian McLagan ~ Happy 70th Birthday, Mac The Story Of Mike Mills of REM