Ian McLagan died suddenly last December in his adopted home town of Austin. Today would have been Mac’s 70th birthday.

A bunch of his friends gathered at SXSW this year to pay tribute to their pal, this very loved man who’d been the keyboard player in the Small Faces, The Faces, with the Stones and in Dylan’s band and so much more, so much more.

On the panel – singers BP Fallon and Patty Griffin both of whom Mac recorded with, bass-player Jon Notarthomas of Ian McLagan & The Bump Band who played with Mac solo too, KUTX radio personality Jody Denberg, Jo Rae Di Menno who did Mac’s press and David Fricke Senior Editor of Rolling Stone.

Says BP Fallon here – “What is stardom? Stardom is generosity of spirit and the joy of life made contagious and in that context Ian McLagan was as big a star as anyone”. 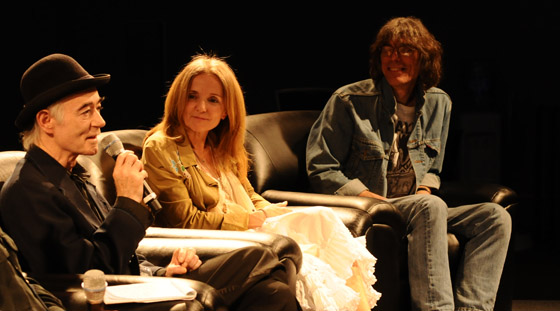 Ian McLagan & BP Fallon during the recording of the BP Fallon & The Bandits album ‘Still Legal’. Photography by Radek