An insanely great tribute to Lou Reed’s song ‘Vicious’ recorded at the SXSW 2014 Official Tribute To Lou Reed – with Clem Burke from Blondie/BP Fallon & The Bandits joining in on cowbell. 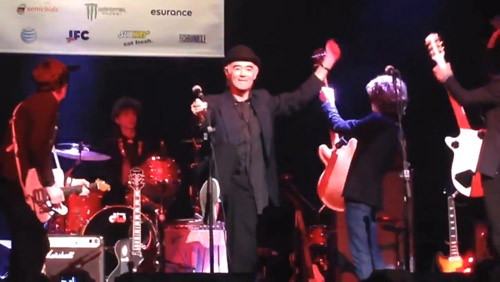 LA Times
SXSW 2014: Lou Reed tribute mostly rises to the challenge
by Randall Roberts, LA Times Pop Music Critic
My favorite cover, though, came early, and it featured the Irish DJ, singer and photographer BP Fallon backed by young Irish rockers The Strypes. Performing Reed’s mean-streets rocker ‘Vicious’, the singer couldn’t hit many of the notes but neither could Reed, which made it a plus. Coupled with The Strypes who traffic in solid, no frills hard rock, Fallon and band’s version had a super-potent rawness – landing in a zone that Reed helped define.

Billboard
An Epic, Weird Night at SXSW for ‘One Motherf—er of a Songwriter’
by Gary Graff
The night also had its moments of weird – veteran scenester BP Fallon joining The Strypes for ‘Vicious’ and drag queen Sharon Needles crooning ‘Candy Says’.

Rolling Stone
The Strypes Bring Maximum R&B to New York
by David Fricke
The Strypes operate according to their own calendar, maps and hunger, jumping oceans and decades for their lessons and inspiration. (Extra credit: their surprise appearance at SXSW, with Irish PR legend and DJ BP Fallon, covering ‘Vicious’ at the Lou Reed tribute). 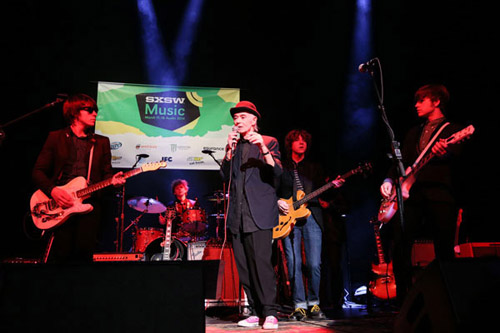 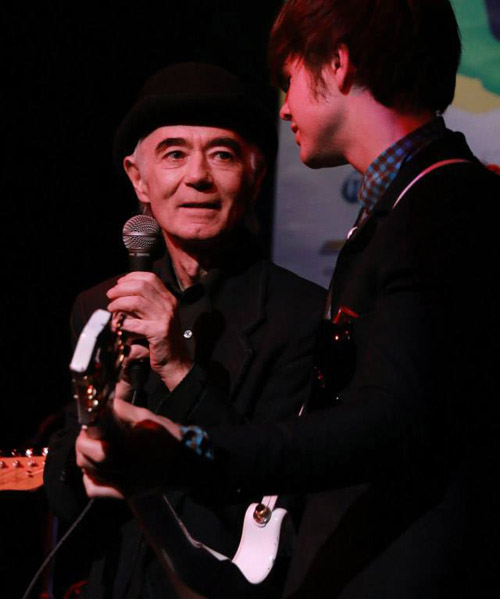 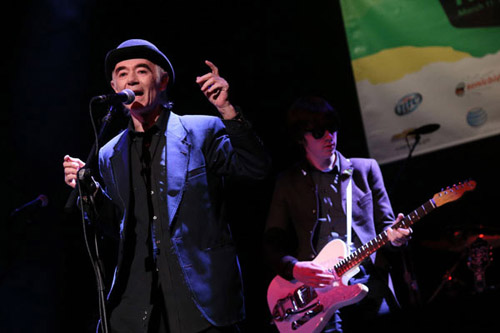 The house band who backed many of the acts was incredible and its core members will be familiar to fans of BP Fallon & The Bandits – none other than Blondie/Bandits drummer Clem Burke, guitarist Lenny Kaye from The Patti Smith Group who’s been a Bandit at gigs in New York, Austin and Ireland’s Electric Picnic Festival plus Tony Shanahan from The Patti Smith Group on bass with Ivan Julian from Richard Hell & The Voidoids on guitar, Matt Fish on cello and Susan Voelz on violin. 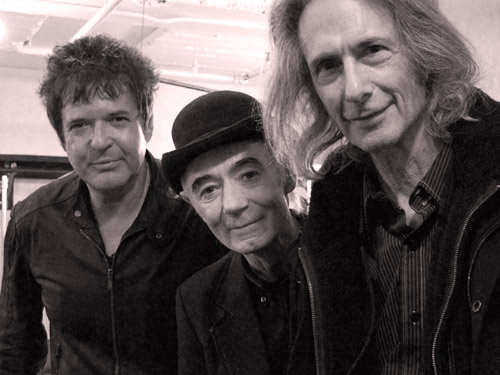 Presented by Alejandro Escovedo and Richard Barone and their incredible team at The Paramount Theater, Austin, Texas 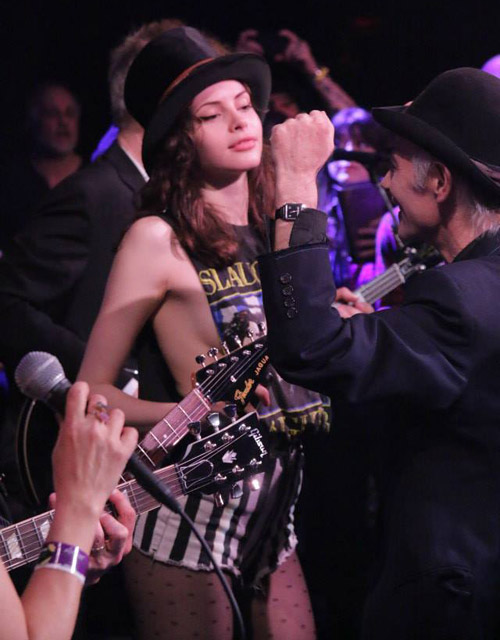 Two dancers taken by the spirit during ‘Rock And Roll’. The guitars are being played by Lenny Kaye and Wayne Kramer of The MC5, so it’s not surprising. Photography by Todd V Wolfson 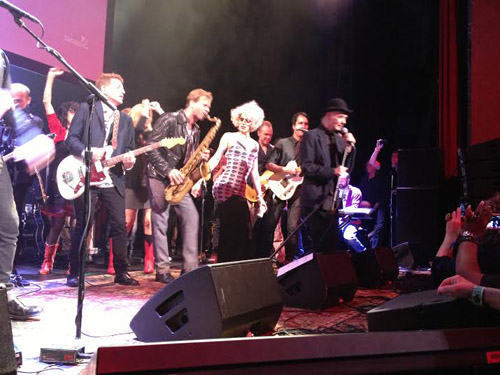 “Ahh, my life was saved by rock ‘n’ roll”. The finale. Photography by Kim Galusha