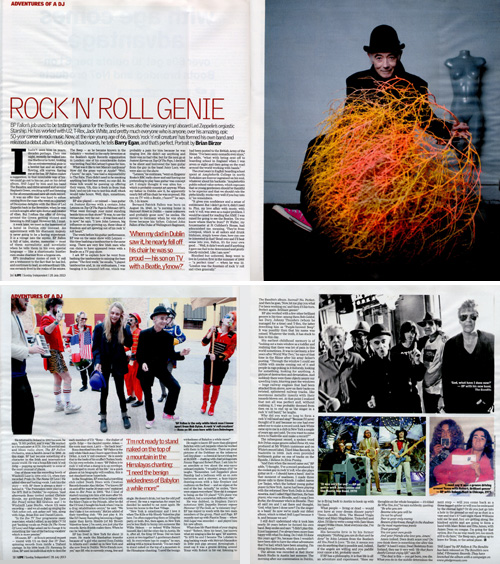 BP Fallon’s job used to be testing marijuana for The Beatles. He was the ‘visionary imp’ aboard Led Zeppelin’s orgiastic Starship. He’s worked with U2, T.Rex, Jack White and pretty much everyone who is anyone during his amazing epic 50 year career in rock music. Now, at the ripe young age of 66, Bono’s ‘rock’n’roll creature’ has formed his own band and released his debut album. He’s doing it backwards, he tells Barry Egan, and that’s perfect.

An appointment with his shamanic majesty… is a voyage into the mystic. If BP has a philosophy, it’s that life is all an adventure and experiment.

(To read this excellent piece, click on links below then click on the new page to enlarge):

Page 1 Rock’n’Roll Genie – “When my father in Dublin saw it he apparently nearly fell off his chair he was so proud. His son on TV with a Beatle, y’know?”

Page 4 What people – living or dead – would you have at your dream dinner party? “Jesus. Gandhi. Elvis. The Blessed Virgin Mary and Mary Magdalene. Tinker Bell and Alice. I’d like to write a song with (late blues singer) Willie Dixon. Most everyone else, I’ve already met” 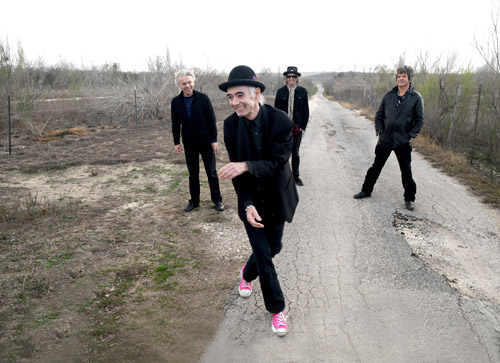