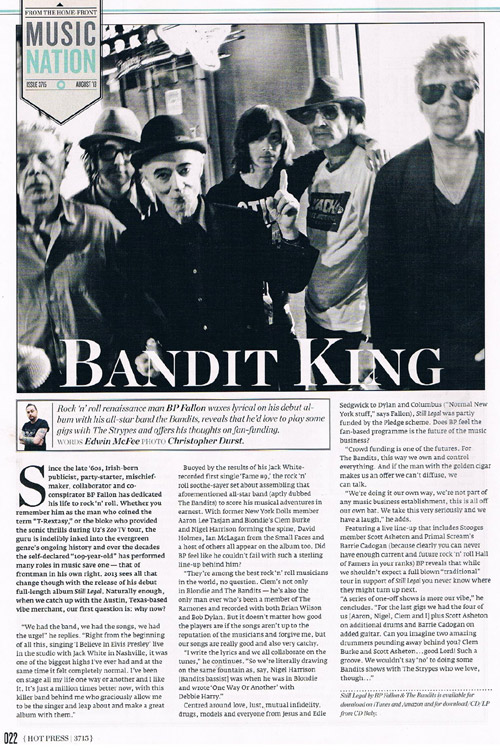 BP Fallon & The Bandits in the new issue of Hot Press

Read Edwin McFee’s feature in Hot Press here:
‘Still Legal’ is centred around love, lust, mutual infidelity, drugs, models and everyone from Jesus and Edie Sedgwick to Dylan and Columbus – “Normal New York stuff” says Fallon… “If the man with the golden cigar makes us an offer we can’t diffuse, we can talk… We wouldn’t say no to doing some Bandits shows with The Strypes, who we love”
(click on above link then click on the new page to enlarge)

With thanks to Roisin Dwyer at Hot Press. Scan by John Foyle