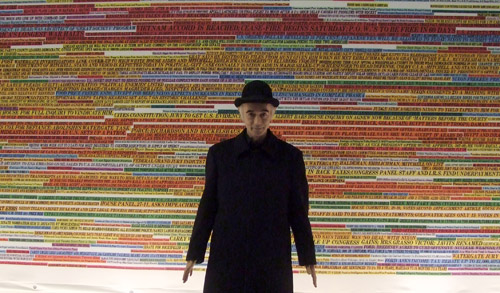 Tomorrow (Saturday) BP Fallon yet again brings Ireland and beyond into the New Year by DJing his New Year’s Eve radio show, live on the web from the studios of TodayFM in Dublin.

Mr Fallon’s New Year shows are an institution – while BP’s critics say he should be in one.

BP Fallon’s Wang Dang Doodle is proud to have been doing this in Ireland on TodayFM for the last twelve years – the programme that starts in one year and finishes in the next – fly me to the tune.

You’ll be able to listen to BP and his tunes coming live from Ireland wherever you are on this planet. Just remember that we’re here on TodayFM

It’s this kind of music show: celebratory, a bit anarchic, lots of rock’n’roll and a few unreleased treasures, BP live in the TodayFM studio in Ireland reacting to txts and tweets and emails from across the globe. Wang Dang Wipeout Into 2012 – it’s your show too.

“If it’s the last thing you do this year…”