Standing on a plateau honeyskippin’ with BP Fallon 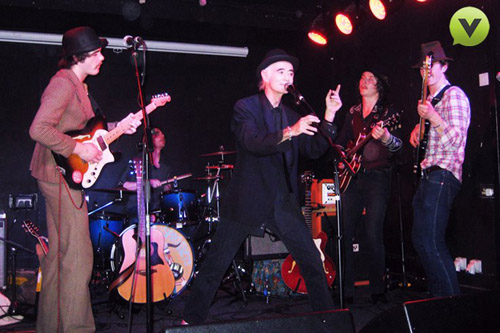 An extract from Standing On A Plateau – A Plateau For The Arts
– writing about the BP Fallon & The Hot Sprockeys show in Dublin last Tuesday:

“The next part of the night was not what I was expecting though! BP taking to the stage with none other than The Hot Sprockets as his band and what a band they made!! BP with his words of poetry portrayed through song provided by the great musicianship of the fantastic Sprockets… swaying to the music BP was, you could see it in his eyes and also when he closed them!!

“He just feels music around him and appreciates it for the beauty that it is!! And although he may look old and frail he can certainly can move!! Jumping out into the audience at one point and giving a dance to the lucky few that were situated around him.

“He blew me away!! I was gobsmacked! He sang a song of his friend and musical hero Van Morrison, it was called ‘Van And Gloria’… the man certainly knows how to tell a story I tell ya!! Captivating is the word!!

“Thank you BP Fallon for the great gig and the wonderful memory!!”

Read the whole Standing On A Plateau piece 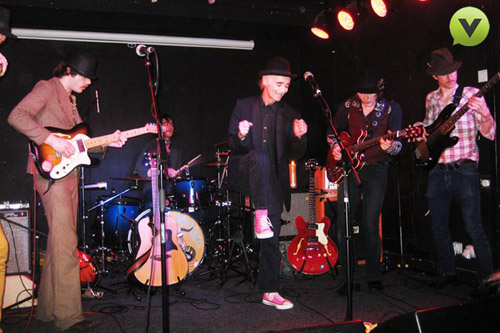 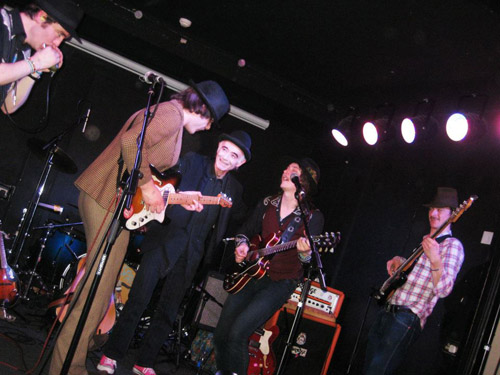 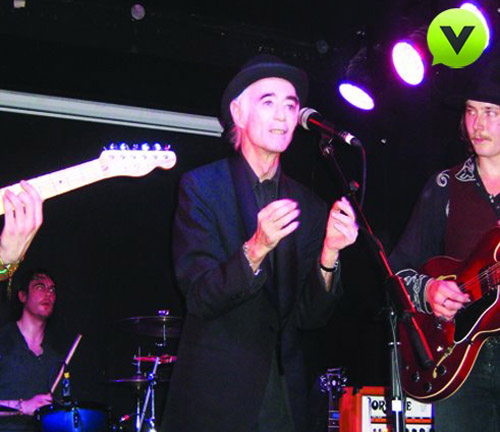 All photography by and with thanks to Clare Moyna at VenueOne

For the day that’s in it, with love New Year’s Eve live radio – BP Fallon’s Wang Dang Wipeout Into 2012, Auld Lang Syne by Jimi an’ all