Says BP Fallon: “I had the pleasure of introducing Imelda May on stage at Marlay Park in Dublin to 32,000 fans, doing a spoken-word ‘I Believe In Elvis Presley’ with a new last verse. She’s incredible and her band are fantastic, the audience were full-on rocking and the whole boogaloo was a gas”.

Also appearing on the show were Alabama Shakes and Paolo Nutini. 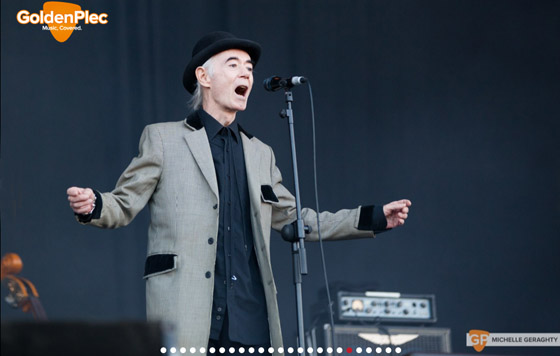 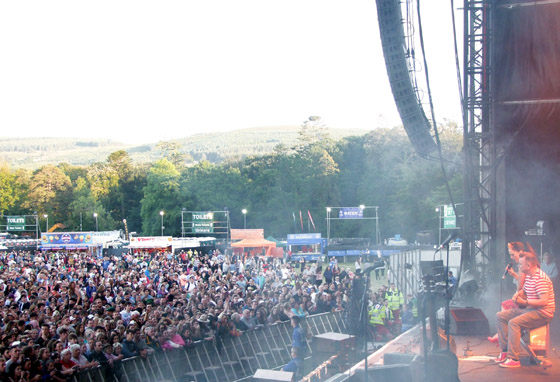 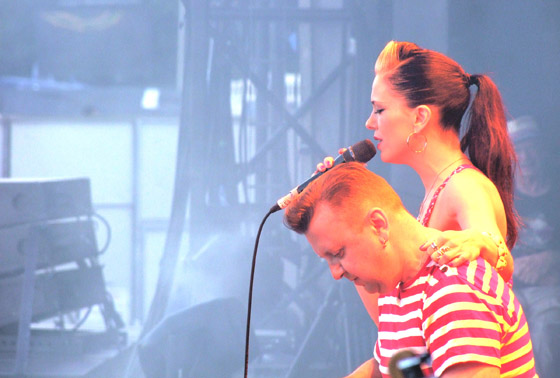 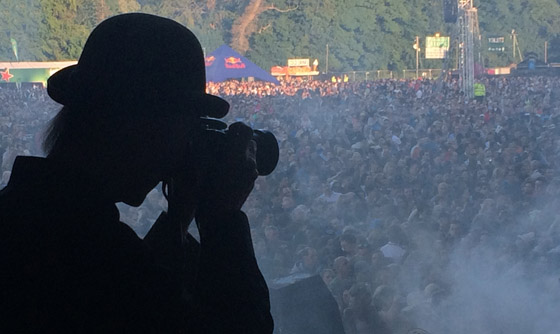 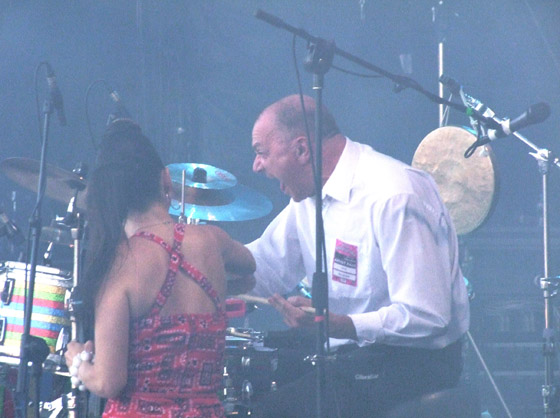 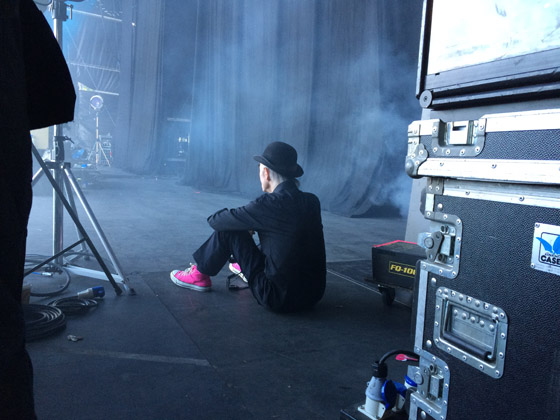 BP Fallon sitting at the side of the stage. Photography by Shimmy Marcus

And later in artists’ catering: 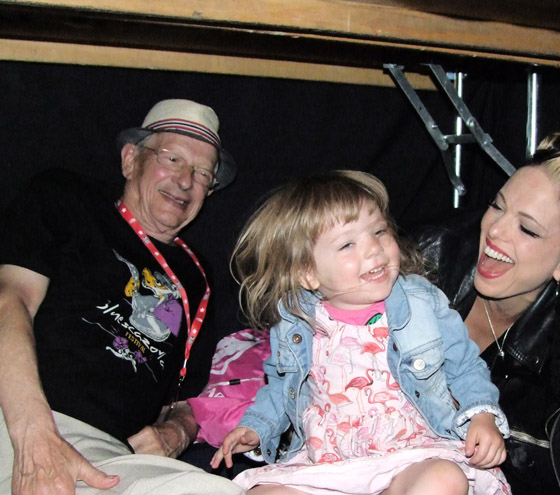 Under The Table – Three Generations – Imelda May & her dad Tony & her daughter Violet. Photography by BP Fallon

And simply because this is completely brilliant:

Jeff’s guitar-playing is truly amazing – and dig how he reacts to Imelda when she starts singing. Yes!