Robert Plant in the film ‘Doreen: The Movie. “Good afternoon, madame. I just happen to have outside a truck with half a load of Tarmacadam….”‘

Robert Plant makes a cameo appearance as a door-to-door traveling salesman in the upcoming UK comedy film ‘Doreen: The Movie’.

“A small amount of Tarmac for your drive?” (Tarmacadam is a brand name road-surfacing material and bitumen is another name for asphalt).

Doreen relays the obvious question of whether Plant will be doing the work for free, to which he replies “I’m quite solvent at the moment but I could do with a little bit, a pinch here and there for some apple juice.”

Robert shuffles away, muttering “There must be an easier way to make ends meet”.

While Robert is attempting to sell his services to Doris at the door, inside the house Doreen is seen reading ‘JB’s: The Story Of Dudley’s Live Music Venue’ unwittingly opened at Robert’s introduction in the book.

Based on the life of the Birmingham Mail columnist, the movie stars Gill Jordan as Doreen.

‘Doreen The Movie’ will premiere in October in the UK.

An open page shows Robert’s introduction in the book ‘JB’s : The Story Of Dudley’s Live Music Venue’ by Geoff Tristram 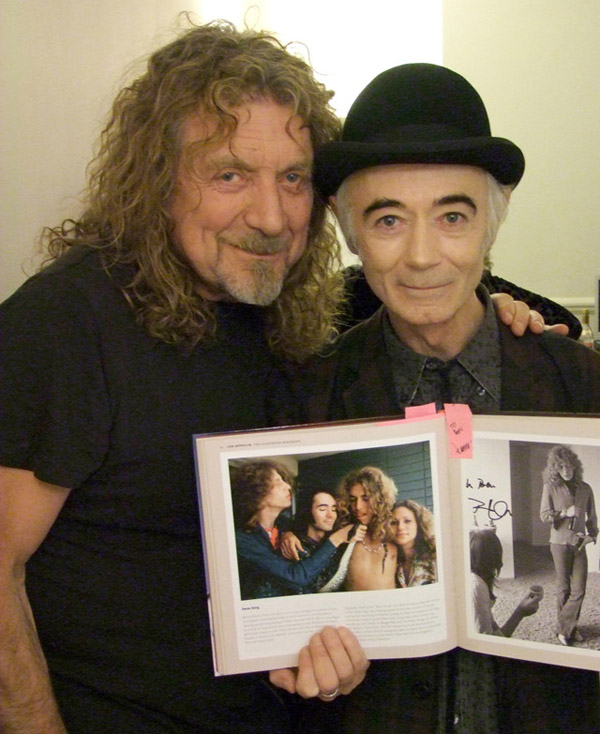 Says Robert “Bernard, I wonder what happened to Monty The Python…” Says BP “Well, it’s a change from the one-eyed trouser snake…”
Photography by Logan Plant