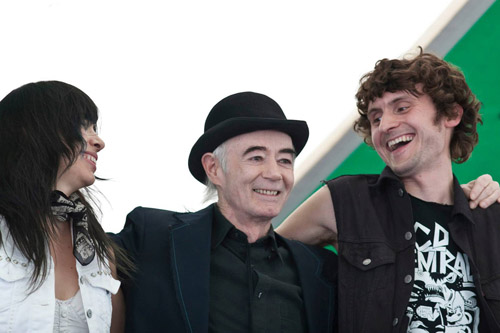 We are delighted to announce that BP Fallon & The Ghost Wolves will be playing at Electric Picnic.

Ireland’s Electric Picnic Music And Arts Festival is one of the most prestigious music events in the world. The three-day festival takes place on the weekend of August 29/30/31 at the beautiful Stradbally Estate in County Laois ~ about an hour away from Dublin. 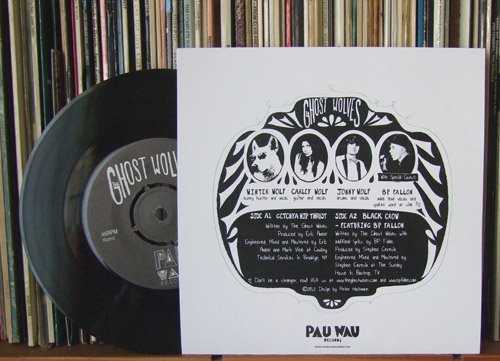 This will be the first time that BP Fallon & The Ghost Wolves play outside of the US. One of the hits of Austin’s SXSW festival this year, they will fly in from their base in Austin where they will be recording. They have already released the double-A-sided US-only limited-edition 45 ‘Black Crow’ b/w ‘Getchya Your Hip Thrust’ (Pau Wau Records) while The Ghost Wolves debut album ‘Man, Woman, Beast’ (Plowboy Records) is receiving rave reviews. 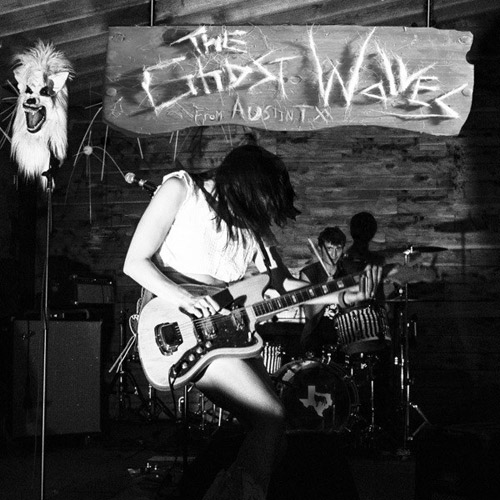 LouderThanWar says “Think primal blues, think glam rock sleaze and think punk rock attitude. Carley fronts the band with her fucked up guitar destruction and at times plays a one string weapon that sounds like the impending apocalypse. Jonathan beats the living crap out of an already beat up drum kit and they both sing, howl and have a splendid old time”. Read more here

Says BP Fallon of his collaboration with The Ghost Wolves “Carley and Jonny are the coolest. I feel very honoured to have them backing me”. 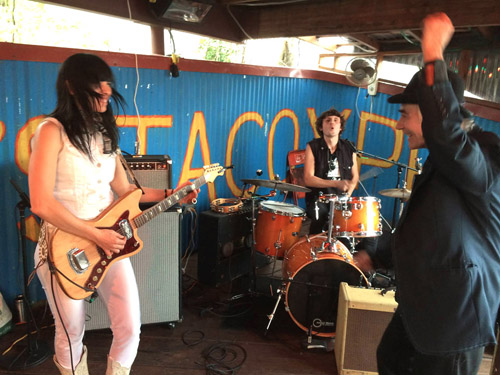 Says Jonny Wolf to DeadWeather Denver at Waxoholics about playing with the legendary BP Fallon “”Oh, well BP is just a hell of a guy first off – I mean first you have his history, which is very deep and deserving of respect – but we’re really interested in what he’s doing moving forward. As in, here’s this older guy, he’s worked in and around music all his life, with some real luminaries, but never actually played, and just now he decides it’s time to start a rock’n’roll band. How many people at that age can say that?

“He has a really unique perspective – I like to think of him like a shaman or a musical witch doctor or something and he brings that to his show and people love that”.