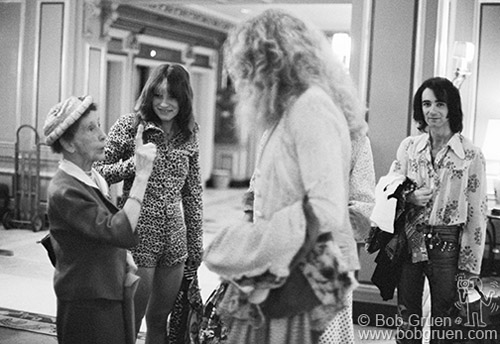 To mark the triumphant remastered re-release of Led Zeppelin’s first three albums with added tracks – Led Zeppelin I, II and III are in the British Top 10 – we present this unseen photograph by Bob Gruen taken in the lobby of The Drake Hotel in New York. BP Fallon takes up the story:

“I was at Bob Gruen’s incredible ‘Rock Seen’ photo exhibition in New York this April and as part of his exhibition Bob was displaying blown-up contact sheets from which the photographs came. There was the contact sheet that had Bob’s famous shot of Zeppelin standing by their airplane ‘Starship’ and as I looked at this dark little image on the contact sheet I said ‘Look, there’s me!’

“It was Led Zeppelin on tour in 1973 and we were gathered in the lobby of The Drake Hotel in New York waiting for the limos to take us to the plane to fly us to Three Rivers Stadium in Pittsburgh. And this rich old dear who lived at The Drake was berating Robert and grabbing his hair – ‘Why d’you have to have your hair long like that? Why can’t you look like a real man?’ Robert was very sweet to her, all peace and love”.

Commented Bob Gruen to BP nearly 41 years later: “You have a pretty good memory to remember what she was saying.”

So for your added delectation we’re showing Zeppelin’s ‘Traveling Riverside Blues’ video which flashes on this Drake lobby scene – plus some freezeframes from the video that capture this Old Money New York Lady Vs Led Zeppelin scenario.

And yes, The Drake Hotel is where over $200,000 of Led Zeppelin’s money went missing a few days later – but that’s another story. 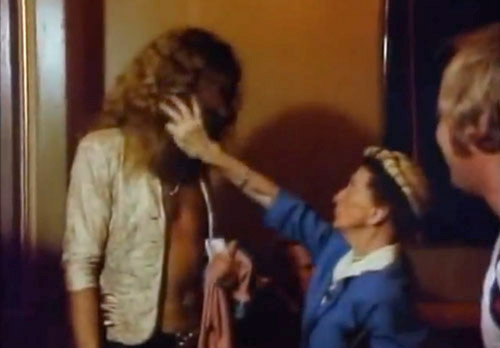 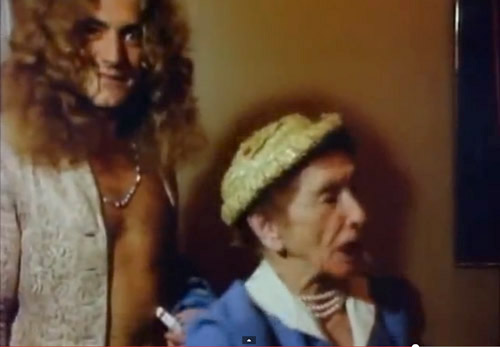 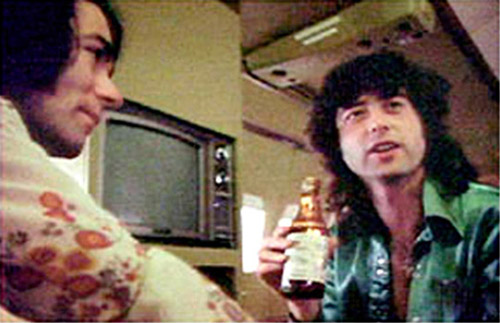 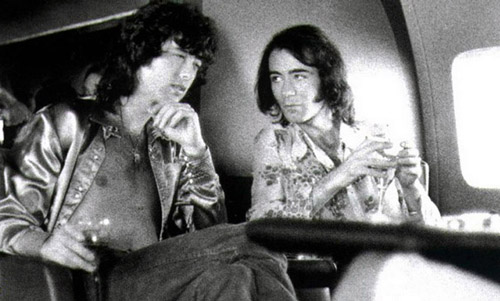 And if you’ve got 73 minutes, this is a wild and mysterious tale: 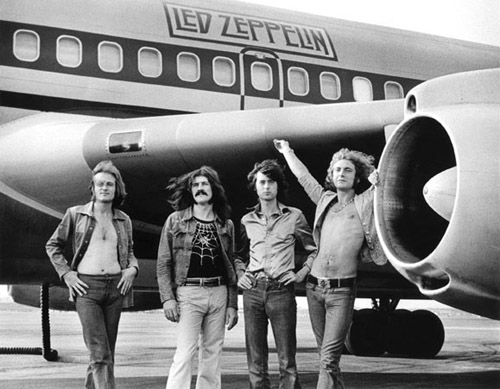