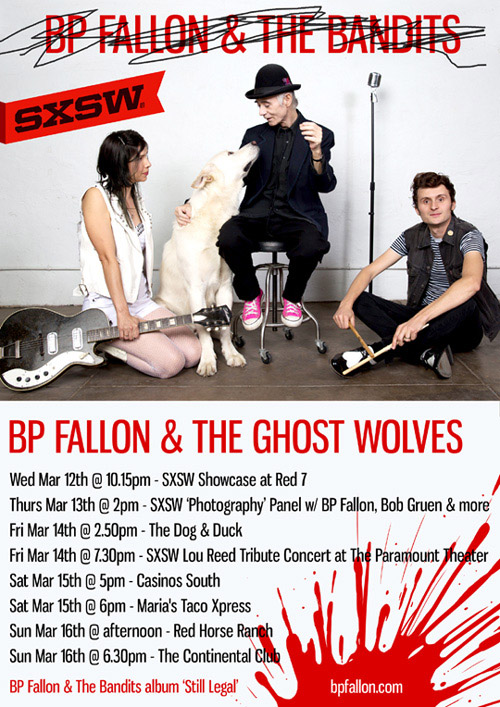 We are delighted to announce BP Fallon’s shows at SXSW in Austin, on which he’ll be backed by his long-term Texas collaboraters The Ghost Wolves – the mythical Carley Ghost on guitar and Jonny Ghost on drums.

Says Jonny of BP, “He’s a rock’n’roll sage. This is special for us, a musical treat”. 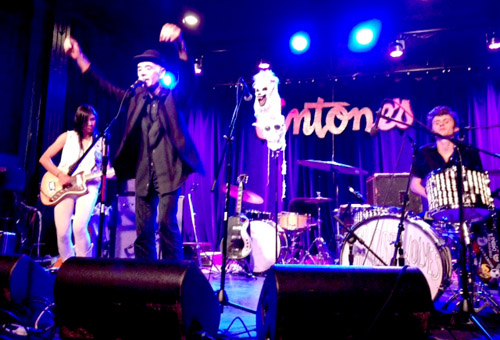 The house band is incredible and its core members will be familiar to fans of BP Fallon & The Bandits – none other than Blondie/Bandits drummer Clem Burke, guitarist Lenny Kaye from The Patti Smith Group who’s been a Bandit at live gigs in New York, Austin and Ireland’s Electric Picnic Festival and Tony Shanahan on bass from Patti Smith Group with Ivan Julian on guitar, Matt Fish on cello, Susan Voelz on violin.

This will be an amazing night.

‘The band’ are U2, ‘Paul’ is U2’s manager Paul McGuinness 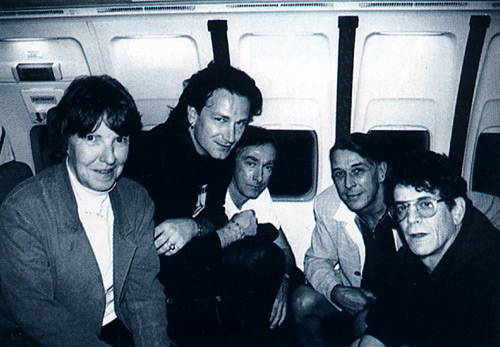