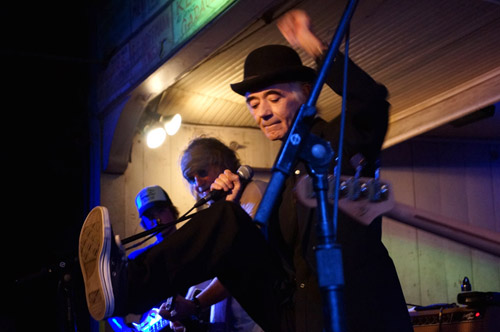 BP Fallon joined Ray Wylie Hubbard and his band for an historic show at Gruene Hall – the oldest dancehall in Texas, in the little town of Gruene.

Following in the rockin’ footsteps of Jerry Lee Lewis and Bo Diddley and with Merle Haggard billed to play there shortly, our Mr Fallon joined Texas legend Ray Wylie Hubbard and his ace combo for a wild rampage through ‘I Believe In Elvis Presley’ with the line “I believe in marijuana” sung to the armed sheriff at the side of the stage. 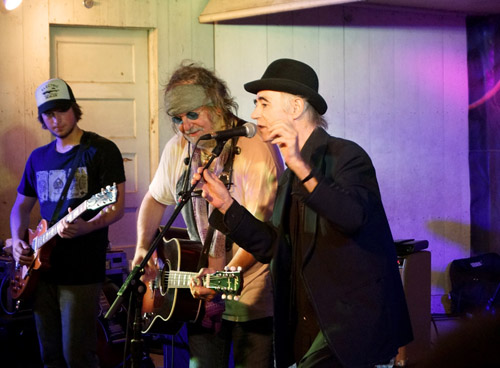 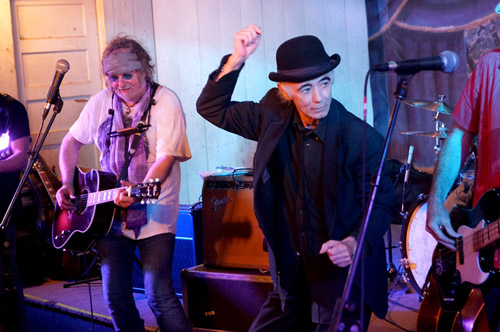 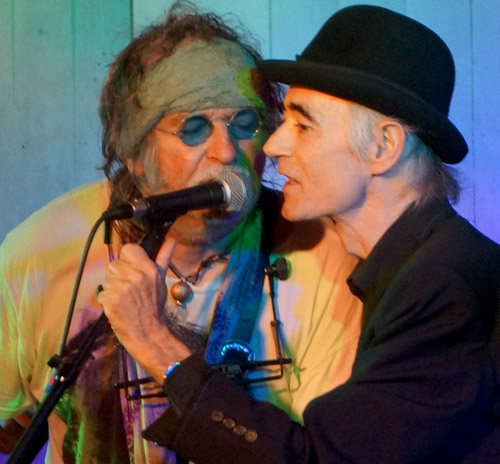 All photography by Weston McGowen

Now Ray and BP are at the mic for a rumble through the Steve Stills/Buffalo Springfield finger-pointer ‘For What It’s Worth’, joined on vocals by Stewart Mann from Austin rock’n’rollers The Statesboro Revue. “There’s something happening here/But what it is ain’t exactly clear/There’s a man with a gun over there/Telling me I got to beware…” with BP adding “Guns kill!” This central Texas hill country audience, some of them go for it, cheering wildly. Others… no.

When the gig is over, BP goes up to the sheriff and shakes his hand. 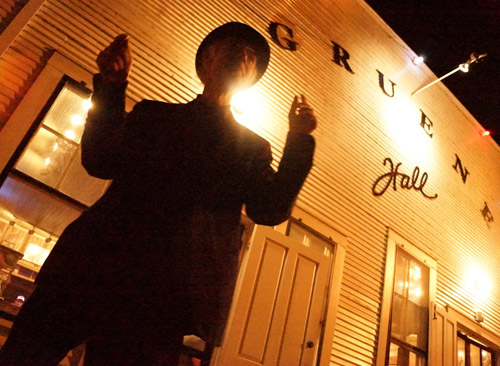 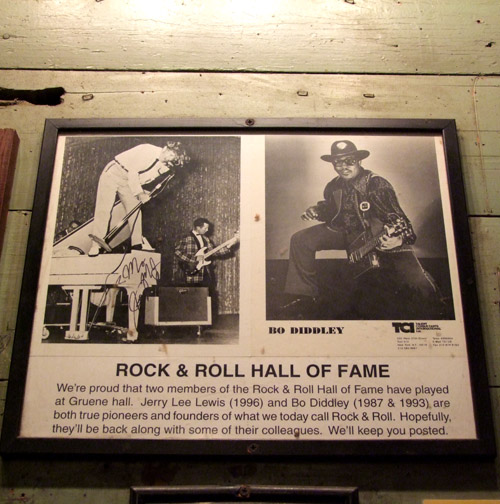