It’s a cryptic little video that could’ve been shot by Andy Warhol, it’s that loose and sloppy and strange and charming.

“Fashion is for people who follow” intones BP drily, adding more truthfully “Life is a trampoline of possibilities… I’m a saint and I want to meet a sinner”.

Somewhere over the rainbow, Serge Gainsbourg is smiling… 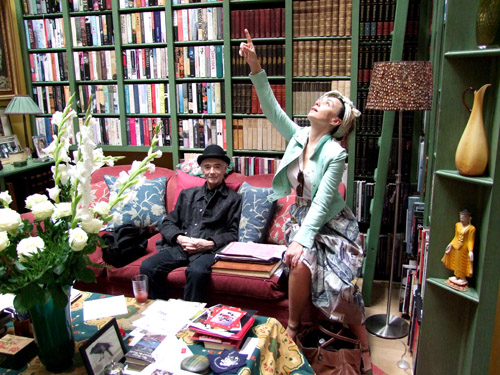 “Which way is up?” BP Fallon & Jeanne Marine in London with a hammock and a few books. Photograhs by & © Bob Geldof