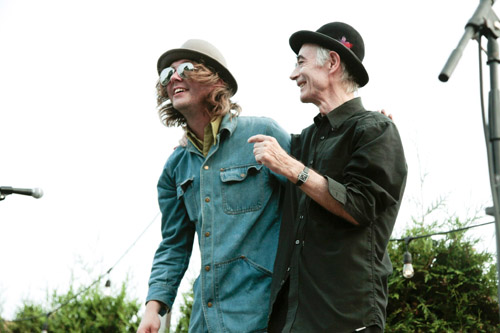 Billed to play acoustically and following the DJ set by Albert Hammond Jr of The Strokes, Aaron put his guitar through all kinds of out-there effects so the duo’s impassioned set sounded more like a space-age Billy Lee Riley on amphetamines than some Simon And Garfunkel outing, as the two men in hats rocked’n’rolled through their BP Fallon & The Bandits songbook. The punters of this high-end environment loved it, shaking their drinks very loudly and rattling their jewelry.

“BP Fallon’s performance got me out of the pool. We had seen him perform before and he is always a trip to see. His history is very interesting and intriguing to me as I was very into the bands that he has worked with in the past. We are talking Johnny Thunders, Iggy Pop, U2, to name a few. He reminds me of a male Patti Smith and not just because he does an awesome version of Gloria!” 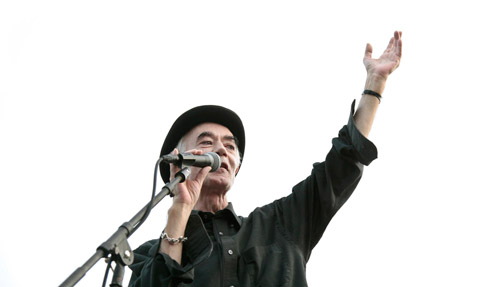 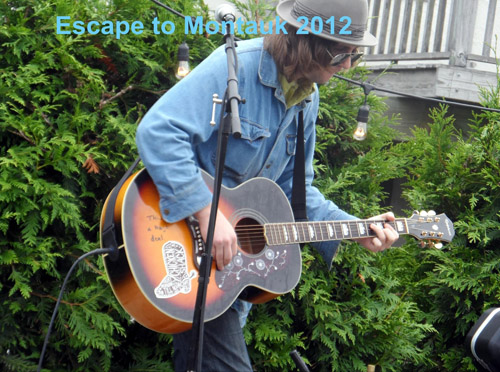 With much thanks to Rocco Gardner, Bob, Lase Salgado & Tere Fox