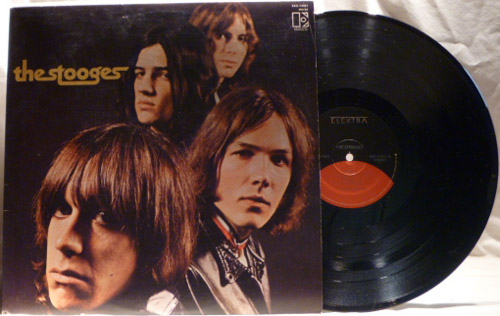 We are over the fucking moon – Scott Asheton the drummer with The Stooges will play with BP Fallon & The Bandits at their show tonight in Austin, Texas.

Says BP Fallon: “I got this phone call from Florida and it was Scott Asheton. He’d been watching the YouTube video of myself and The Bandits playing Van And Gloria in Holland and said he was up for having a play with us. I’m very very honoured, all the band are. Two amazing drummers – it’ll be wild!”

Iggy and Scott Asheton are the only surviving members of the original Stooges – Dave Alexander died in 1975 and Scott’s brother Ron died in 2009.

Here’s Scott drumming with The Stooges at their induction to The Rock’n’Roll Hall Of Fame in 2010:

Iggy & The Stooges – Search And Destroy

BP Fallon & The Bandits live at SXSW! Does Anyone Care What Anyone Says In Rock’n’Roll