Says BP Fallon: “41 years ago my friend Penny Valentine from the music paper Disc rang me to say she’d just heard that Jimi Hendrix had died. Noel and Mitch from the Experience are gone now too… as is Penny. And Disc…”

“The story
Of life is quicker
Than the wink of an eye
The story of love
Is hello and goodbye
Until we meet again”
-Jimi Hendrix, The Story Of Life

Jimi & Noel & Mitch and their majestic Voodoo Chile and a beautifully wild intro to Hey Joe before Jimi announces “We’d like to stop playing this rubbish” and launches into a spontaneous instrumental twang through Cream’s Sunshine Of You Love – with the producers of the live tv show freaking out as the show is running over time. Priceless.

The Jimi Hendrix Experience – Purple Haze at The Marquee Club 1967

God Bless you, Jimi. And Noel and Mitch too x 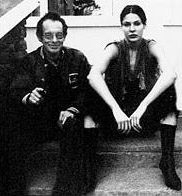