BP Fallon giving a spoken word performance of I Believe In Elvis Presley before The Kills at Terminal 5 NYC August 8th 2011. Filmed by Johanna Port 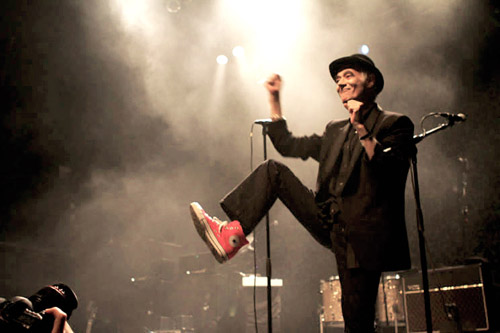 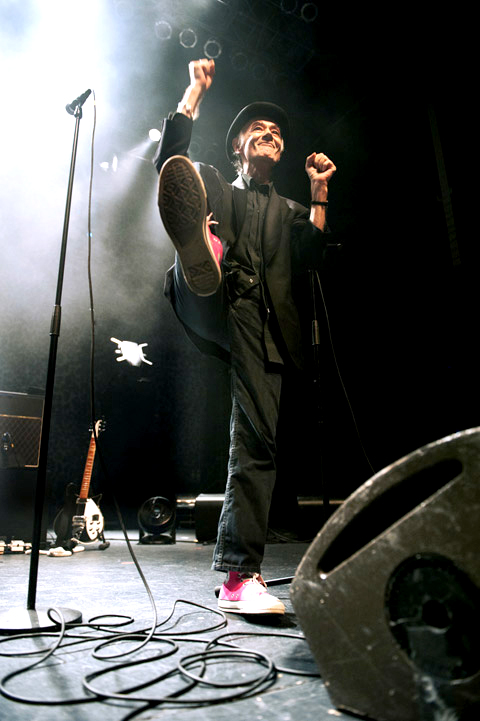 Reports Brooklyn Vegan: “Though not on the bill, BP Fallon, who played Escape To NY over the weekend, made a surprise appearance at the Terminal 5 shows…”
More Brooklyn Vegan review of The Kills show Monday August 8th 2011 plus amazing pix

Makar MakarMusic
@bpfallon you were amazing last night at The Kills show, great poem! brought tears to our eyes!

The next night at The Kills show, BP Fallon was joined on stage at New York’s Terminal 5 by Aaron Lee Tasjan – ace guitarist in BP Fallon & His Bandits.

Reports sentimentalistmag.com:
“A bowler-topped BP Fallon, founder of the internationally renowned Death Disco parties and a punk cause célèbre in his own right, provided the perfect introduction to his friends The Kills’ set with his ‘one and a half songs’, performed with one of his Bandits on angsty guitar. ‘I Believe in Elvis Presley’, part spoken word, part litany in barren blues, is a song for which Fallon was recently flown to Nashville to record in Jack White’s studio. In tonight’s rendition, Fallon listed a few of his favorite things, from hallucinogens to LSD to Oscar Wilde and Elvis Presley, topping it off with, yes, The Kills”.
More sentimentalistmag.com review of The Kills show Tuesday August 9th 2011 plus cool pix 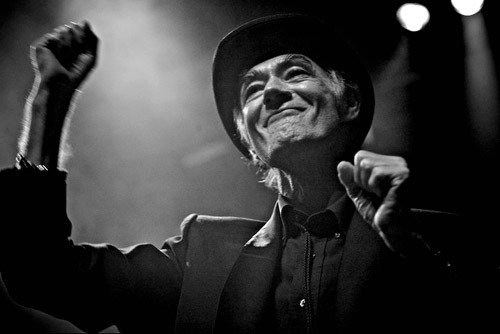 Angle #3: BP Fallon before The Kills by Gregg Greenwood