Jesus gets on the subway 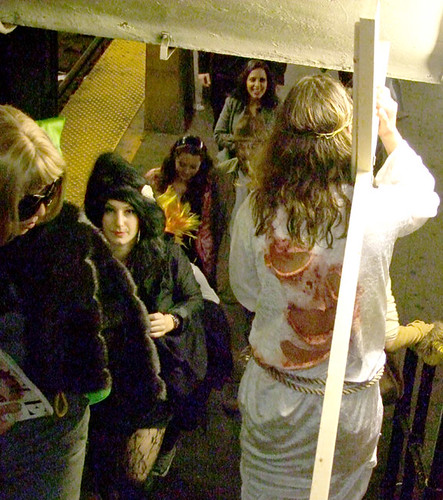 Jesus dragging his cross behind him staggering down the steps to the subway train makes Anna Wintour (left) realise that she isn’t the only one facing cut-backs, while she simultaneously notes the shade of His bloodstains. “Very next season” she indexes to herself.

Halloween in New York! BPF got on the L Train at 1st Ave and went one stop to Bedford Ave and then back again.