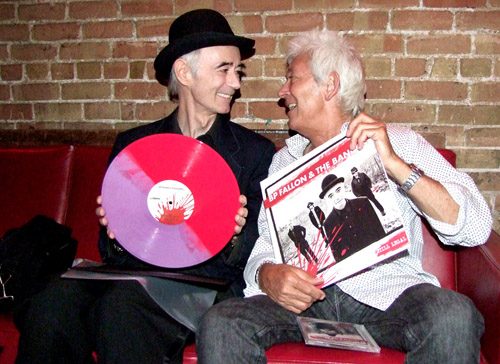 BP Fallon presents Ian McLagan with his copies of the BP Fallon & The Bandits LP & CD on which Mac plays. Photography by Crystal Bauer

BP Fallon writes:
I can’t get my head around it, that this most vibey and energetic of men is… gone.

We became friends yonks ago ~ Mac said it was in 1967 ~ when I interviewed the Small Faces in London as we whizzed around Hyde Park in a mini-moke and had a smoke or two. “I know BP Fallon since before he had a hat” Mac used to say. Listen, you’d never meet a more tremendous guy, a warmer person. Miles of smiles. Totally a diamond geezer. And when he played his magical Hammond organ on our Bandits album it was such an honour, such a thrill. I mean, Small Faces & Faces & Stones & Dylan’s band and onwards to our little combo! C’mon!

Mac, thank you for your music and your friendship and the laughter. Please give my love to your beloved Kim. Bobby’s just ahead of you ~ he’s probably blowing with Steve and Ronnie already. It’s not goodbye ~ it’s till we meet again. And love to you, always x 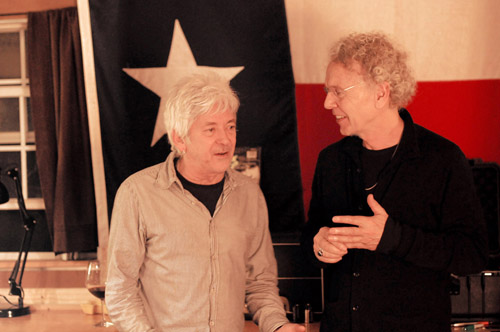 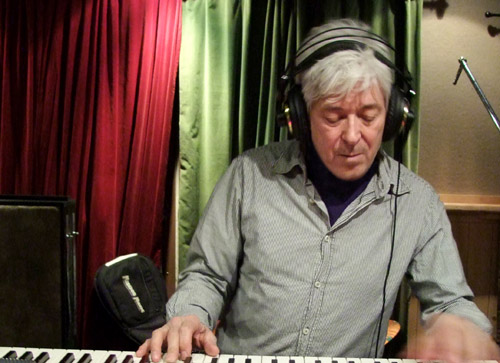 Aaron Lee Tasjan of BP Fallon & The Bandits writes on Facebook:
Mac. I still remember calling my manager on the phone to say, “Man, Ian McLagan is coming into our BP Fallon & The Bandits session and I have to produce him and I’m so nervous.” But when Mac came in, he was so kind to me and made me feel completely at ease and made me realize you don’t say or do anything when you work with a guy like Mac. You just sit back and learn how it’s done… which is exactly what I did. The man was pure as pure could be musically and as a person. Any rock’n’roll fan has benefited from his work and contributions to music. Here’s to Ian McLagan: A man who found a way to go straight from his heart to his instrument to your soul. You really couldn’t do any better. 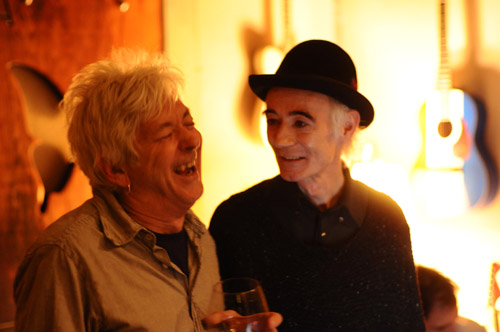 Two Dodgy Geezers having a laugh. Photography by Radek 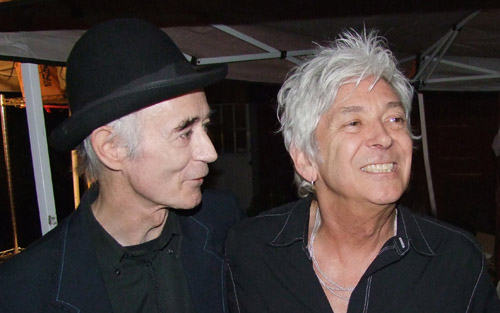 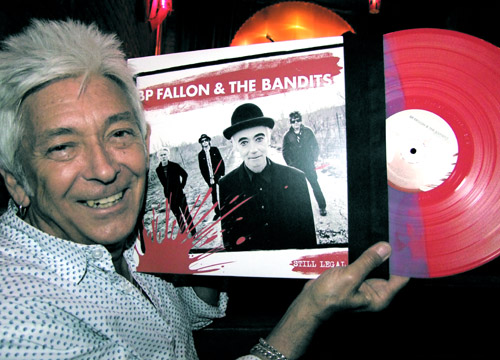 More Dodginess ~ Mac tries to sell us some dodgy LP that he plays on. Photography by BP Fallon