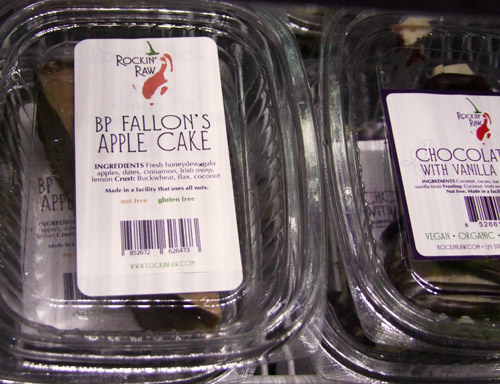 This is a story about love and cake.

“I never thought I’d have a cake named after me!” says a delighted BP Fallon.

‘BP Fallon’s Apple Cake’ is created by co-owner and chef Tere Fox at New York’s leading raw food vegan restaurant Rockin’ Raw ~ and as well as being on the menu at Rockin’ Raw is also available via RR’s forty-two outlets throughout New York which include Juice Press, Organic Avenue, Westerly, High Vibe and Live Life.

“Even before it was named after me, this was my favourite cake in the world” says BP licking his lips. “It’s delicious”.

Rockin’ Raw’s owners Luis Salgado and Tere Fox met at one of BP’s famous Death Disco parties in New York. Says Tere: “It was July 26th 2006, I remember that night so well, I remember meeting Luis and it was love at first sight! I remember BP DJing and playing the most amazing music, everyone who was anyone was there, such fun, perfect!

“BP means the world to me. A great inspiration. We’ve never been anywhere with him where the energy isn’t amazing. And the songs he sings are so poetic and when he DJs everyone is smiling.

“Apple cake in North America is the #1 favourite dessert, the most loved. I thought ‘I’m going to call this cake BP Fallon’s Apple Cake because he’s the apple of my eye’!”. 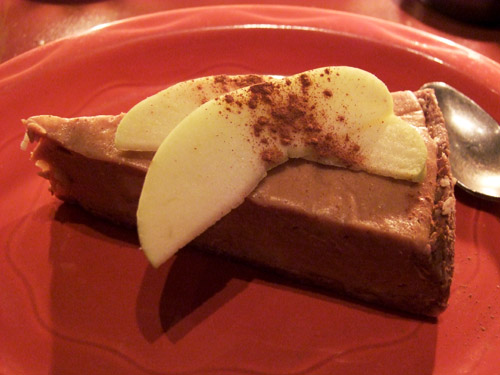 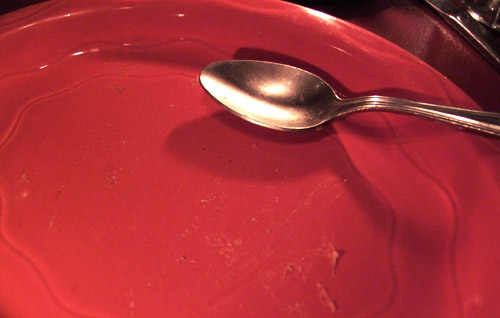 Having your cake and eating it 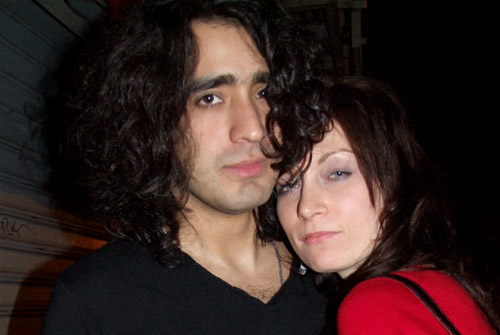 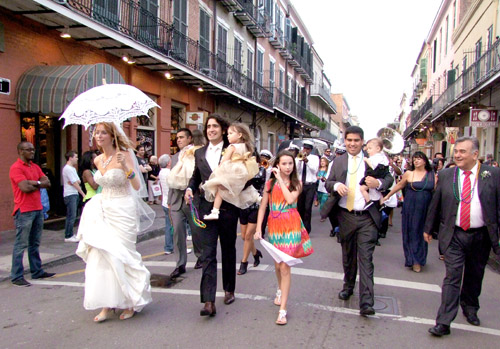 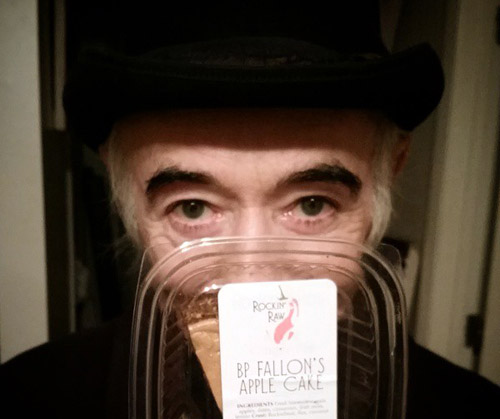 A Man & His Cake. Photography by Paul Kostabi

Rockin’ Raw began in Williamsburg on June 21st 2009, when BP DJed the opening party. Luis is from Lima and Tere is from Louisiana and thus the food is Peruvian and Creole influenced. The organic raw food restaurant is now in Greenwich Village in Manhattan at 171 Sullivan Street by Houston.

All photographs by BP Fallon except Paul’s shot above

PS ~ A police escort can be handy 🙂 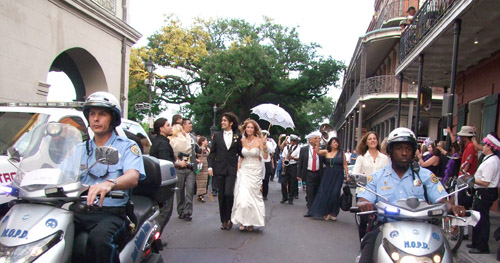 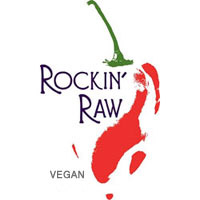