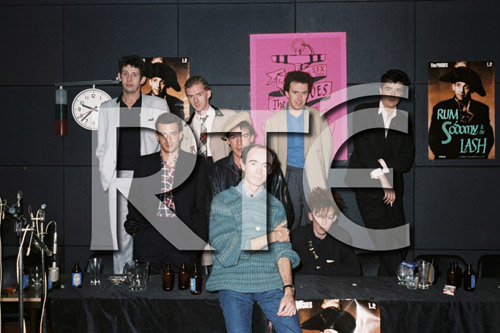 In 1985, The Pogues were guests in The BP Fallon Orchestra, celebrating the release of their second LP ‘Rum, Sodomy & The Lash’.

Says BP Fallon: “This BPFO was The Pogues’ ‘Bob Dylan At Newport’ and ‘Sex Pistols On Grundy’ moment. It broke them in Ireland, all the media hoo-ha about this explosive and exploding band who’d been let loose on holy RTE. That, and all the ‘Are they real? Are they authentic?’ bollocks that it spawned. Teetering on anarchy all the way through, it was a wild programme then and it’s even wilder now. Perfect”.

In 1985 the band confronted an inquisitorial panel of traditional musicians and rock journalists on leading disc jockey BP Fallon’s radio show, where they were roundly rebuked for their retrograde version of Irishness. On that occasion, former Planxty member Noel Hill dismissed their music (along with the whole ballad tradition represented by The Clancy Brothers and The Dubliners) as ‘a terrible abortion of Irish music’.
– ‘Outrageous Fortune: Capital And Culture In Modern Ireland’ by Joe Cleary (2007)

In an interview with BP Fallon on Irish radio in 1985, sections of the press and a group of traditionalists hurled insults and expletives at the group.
– ‘Film, Media And Popular Culture In Ireland: Cityscapes, Landscapes, Soundscapes’ by Martin McLoone (2000)

Hosted by DJ and good vibes specialist BP Fallon, it featured a studio panel of journalists, traditional musicians and fans. With The Pogues on one side, the inquisition on the other and barely a drop of drink between them…
– ‘The Pogues: The Lost Decade’ by Ann Scanlon (1988)

This legendary BPFO also gave birth to this Pogues track ‘Planxy Noel Hill’ – named after one of their BPFO inquisitors: 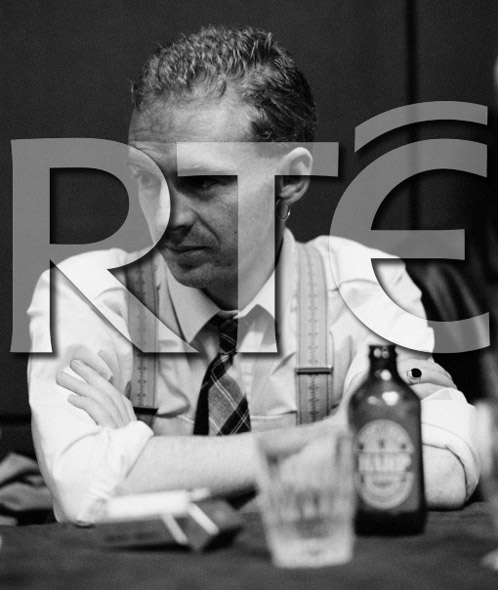 God bless Philip Chevron June 17th 1957 – Oct 8th 2013
– photographed here in the Pogues BPFO by Eve Homes/RTE
– a truly lovely man, not only a member of The Pogues
but before that The Radiators From Space
RIP, Philip x