Well, it was a mad one, last week. We’re almost recovered. 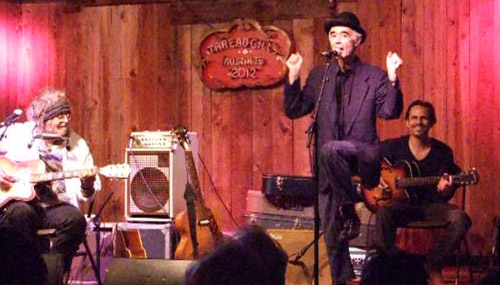 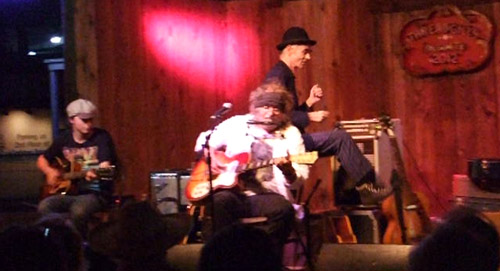 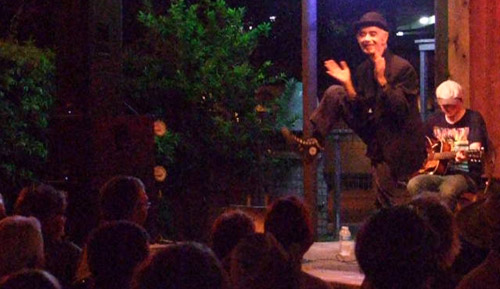 Last Friday BP was in Austin, this time to sing with Texas legend Ray Wylie Hubbard and Ray’s band – his son Lucas on guitar joined by Billy on guitar – at feted open-air Austin venue Threadgill’s. Under the Texas sky, BP took the stage for one of his most shakin’ versions of ‘I Believe In Elvis Presley’ yet, with burning guitar solos from father and son. More Fallon rockin’, more new Fallon fans. 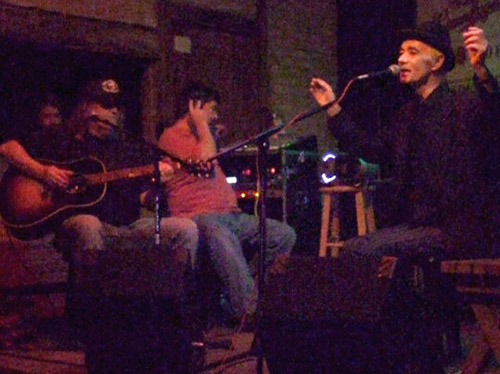 On the Tuesday before, BP had traveled with his Tex-Mex pals Joe King Carrasco & The Crowns to central Texas, to Tavern In The Gruene in New Braunfels for Ray Wylie Hubbard’s live KNBT radio show Roots & Branches. After Joe King and chums had a warble and a verbal, Ray interviewed our Mr Fallon in front of the live audience and then on acoustic guitar he backed BP on ‘Fame #9 (excerpt)’ into ‘I Believe In Elvis Presley’. The newly-converted audience – many of whom had never before heard of BP Fallon let alone heard him sing and who quite honestly had been wondering who this weird-looking person was in the middle of Texas – they burst into wild applause that nearly knocked Fallon and Hubbard off their chairs. 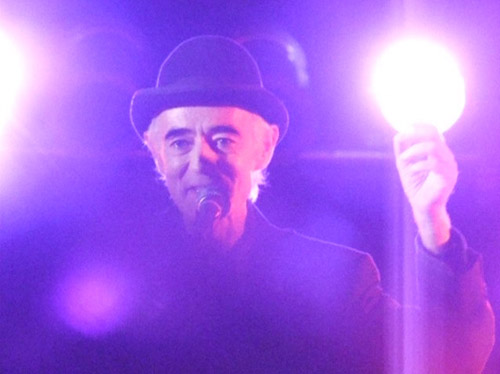 Then on Saturday BP Fallon – billed as ‘Your Vibemaster, Mr Rock’n’Roll’ – was special guest and host at Austin’s Fire Fest. Featuring twenty of the hottest new Austin bands – including Fallon faves like Black Pistol Fire, The Sweet Nuthin’ and The White White Lights plus fireworks a go go – our man took the main stage and asked for the audience to be lit up before delivering an impassioned spoken word performance of ‘Fame #9’ into ‘Elvis’ that had the young punters going bonkers. 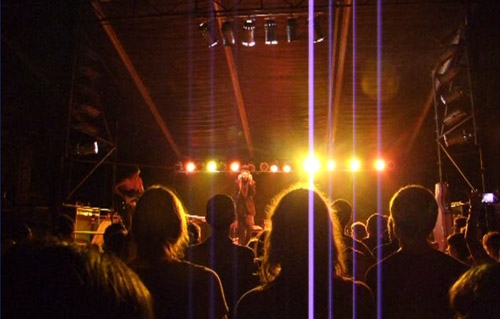 For BP’s second Fire Fest performance of the night he enlisted Black Pistol Fire guitarist Kevin McKeown to back him singing. “We’ve had some requests to do this as a song” BP announced as he and Kevin tore into a blueswailin’ ‘Elvis’ before bringing it home with the unreleased-as-yet BP Fallon & The Bandits anthem ‘Does Anyone Care What Anyone Says In Rock’n’Roll’, Kevin twanging like a mother and BP the sheik of the shake and the audience now going ape.

Then we went and lit some sparklers.