Texas Radio And The Big Beat! 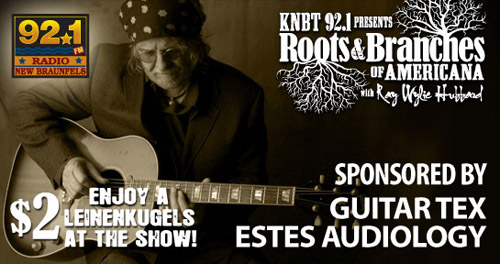 BP Fallon will be interviewed by Texas legend Ray Wylie Hubbard this evening on KNBT.

The show is a live remote broadcast from Tavern In The Gruene in New Braunfels, Texas and can be heard in Texas on 92.1FM in the San Antonio, San Marcos, New Braunfels, Gruene and Wimberley areas.

It is also broadcast globally live on the internet
Hear KNBT live here
Ray Wylie Hubbard will interview the mighty Joe King Carrasco & The Crowns at 7pm Texas time followed by BP Fallon at 7.40pm ie 8.40pm in New York, 5.40pm in LA and 1.40am tomorrow (Wednesday) morning in Dublin and London etc.

Says BP “BP Fallon & The Bandits, we’re not an Americana band, we’re a rock’n’roll band, which is why it’s even more of an honour to have a chinwag with Ray Wylie Hubbard on his show because he’s a man with a rock’n’roll heart”. BP’s record I Believe In Elvis Presley is played regularly in the show Outlaw Country on Sirius.XM 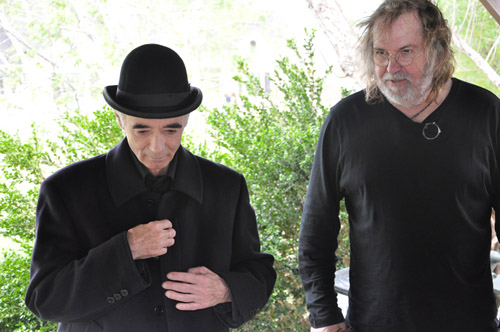