So along come eircom with their new advertising posters. Not exactly a benign scene being depicted – an unhappy girl being manhandled out of somewhere that’s supposed to be rockin’ by two grim-faced don’t-fuck-with-me security guards. 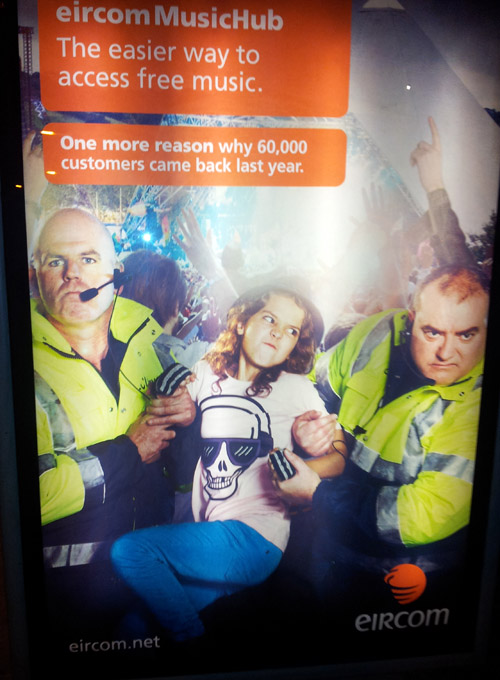 What caught our eye was how eircom – without a bye-your-leave or a nod in this direction – have ‘adapted’ our Death Disco skull-and-headphones logo on the girl’s t shirt. Do we have a patent on all skulls and headphones? No. But look at the ad… eircom have basically drawn a pair of shades over their version of our DD logo. 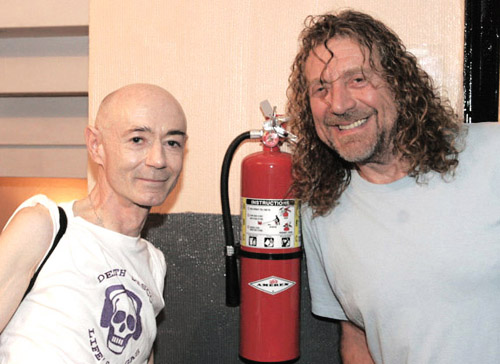 It’s disconcerting how this acceptance of something that was once underground and pure and based around music and having a good time is now warped magnetic eye candy for a corporation flogging telephones by any means possible.

Then again… who are we to stand in the way of pop culture influences? 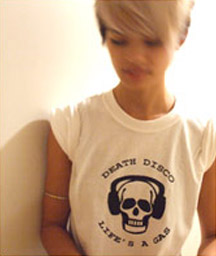 And while we’re at it… 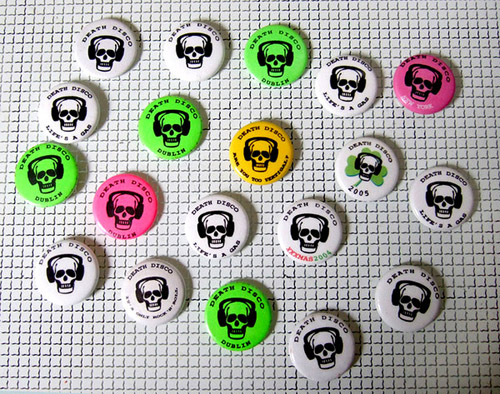