Hilarious bit of 1974 footage of The James Last Orchestra splendidly throttling Hawkwind’s 1972 hit ‘Silver Machine’ – which was sung by Lemmy who then formed Motorhead who were named after the last song Lemmy recorded with Hawkwind before they fired him.

We believe Lemmy would love this version, with a tantalising glimpse of Neil Young (maybe) on guitar and Mr Last in his cream suit showing us all that he’s a very nifty mover indeed. 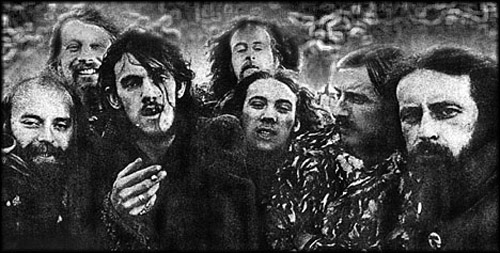 Hawkwind with Lemmy third from left