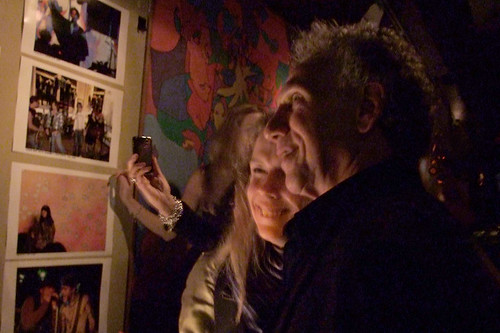 Bob Gruen celebrated his birthday with BPF DJing and Bebe Buell performing songs from her new album ‘Sugar’ to an audience that included Ronnie Spector, Danny Fields and Lee Black Childers. The party for the celebrated rock’n’roll photographer was held at the New York home of Georgio Gomelsky, the more-than-fascinating original manager of both The Rolling Stones and The Yardbirds.

Bebe dedicated the song ‘Untouchable’ to its writer Johnny Thunders in a most moving performance that had many at the party – those who would’ve known Johnny, bless him – with tears in their eyes and memories in their hearts. Bebe, you’re a New York doll too.